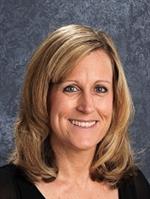 My name is Kathi Swingle and I am excited to be your child's second grade teacher. I graduated from Northern Arizona University in 1993 in elementary education with an emphasis in Spanish. I have taught in the Deer Valley Unified School District for 22 years and am excited to be starting my 23rd year. In 2001, I was awarded the Deer Valley Teacher of the Year. In 2004, I was nominated for a Disney Teacher of the Year award. In 2005 and 2006, I was nominated for Who’s Who Among America’s Teachers. Later on, I changed career paths and became a stay-at-home mom for 6 years until returning to teach in 2012. In 2014, I was nominated for a Silver Apple Award.  I am immensely pleased to be back in the classroom and am very excited for another wonderful year.  In addition to my Bachelor's Degree,  I have earned an endorsement in Early Childhood Education, a Gifted Teaching endorsement as well as an endorsement in Structured English Immersion. I am very happy to be given the opportunity to work with your child this school year. I know our year is going to be full of learning and fun. Thank you for entrusting me with your child.