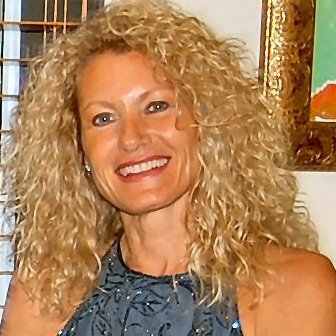 This is Ms. Belliveau’s 27th year teaching music in the public schools, and her 17th year in the Deer Valley Unified School District. Originally from New England, Ms. Belliveau relocated to the West to study music at the University of Denver’s Lamont School of Music.  Ms. Belliveau began her college career as a composition/performance major, earned her Bachelor’s Degree from DU in Music Education, and her Master’s Degree from NAU in Educational Leadership.

Ms. Belliveau has previously taught Choir, Marching Band, Jazz Band, and Symphonic Band at the High School level, as well as Choir, Jazz Band, Concert Band, Strings, and General Music in K-8 and Middle schools. Her ensembles have consistently earned Superior ratings at adjudicated music Festivals in both Arizona and California.  She has performed with the DVUSD Faculty Jazz Band, as well as played professionally as a solo artist, and with numerous small combos.

Ms. Belliveau has served as Chair & Site Host for the AMEA Elementary/Jr. High Solo & Ensemble Festival, is a member of NAfME (The National Association For Music Education), and a member of the Phi Kappa Phi Honor Society. Her son followed in her footsteps, and was the Band Director at Desert Mountain school and Percussion Caption Head for Boulder Creek HS for 4 years. He is currently a Lieutenant in the Air Force. She enjoys playing and listening to music, water skiing, yoga, hiking and working out in her spare time. Music was her favorite subject in school, and continues to be her one true passion. She looks forward to an amazing year at Norterra Canyon Elementary School.