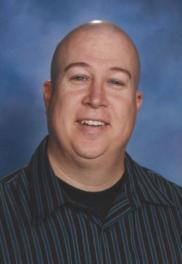 I am originally from New York but I moved to Arizona when I was just one years old!!  I’m not a native to Arizona but I’m close!!  I received my undergraduate degree from Northern Arizona University where I graduated with an extended major in physical science.  After finishing college way back in 1996, I got hired on at Mountain Ridge to teach Earth Science which I did for over 10 years.  Three years in, I also started to teach physics.  Year 11, I started to teach chemistry and I’ve been teaching chemistry and physics from that point on.  I’ve been teaching now for over 20 years and I still love it.  I like to tell my students that I’ve been teaching in the same room at MRHS for their ENTIRE LIFE which use to be true until I finally moved to a new room in 2018.  My wife is also a teacher.  She taught math at MRHS for over 10 years and continues to teach but now at Glendale Community College.  We have two young kids, a girl and boy,who currently attend Copper Creek which is just down the street from Mountain Ridge.  I coached volleyball at MRHS for over 13 years and we won a state title in 2004.  After having my own kids I stopped coaching but recently picked it up again.  Not at the high school level though, I decided to challenge myself and I’m coaching my daughter’s team.