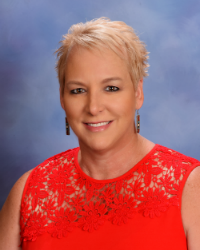 Dr. Schwarting has served the Deer Valley Unified School District since 2005.  She taught 7th grade English language arts at Desert Mountain School for seven years. She then transferred to Desert Sky Middle School where she assumed the roles of an instructional coach and an assistant principal.

When she is not actively involved in supporting the Desert Mountain School Community, Dr. Schwarting enjoys spending time with her husband, her three sons, and her daughter.