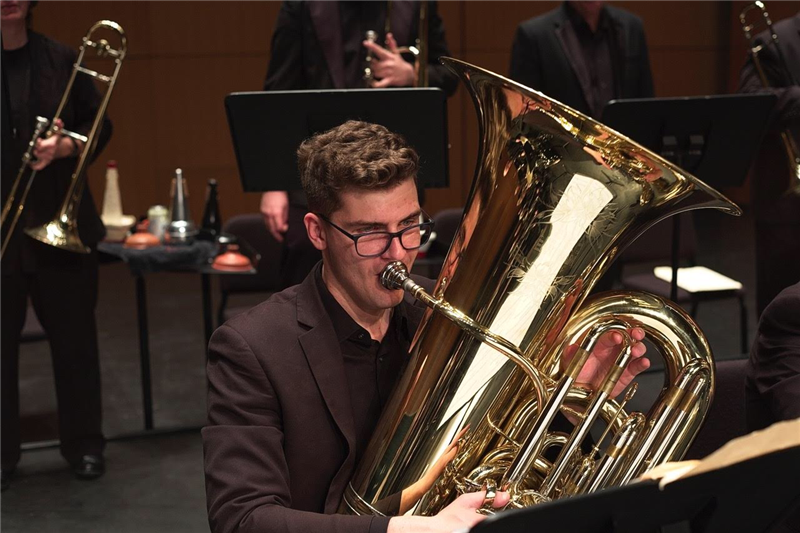 Since January 2019, Mr. Lynch has been actively involved with Salt River Brass, known as “Arizona’s Premiere Brass Band”, under the direction of Patrick Sheridan. He plays on his Eastman 6/4 CC Tuba once a month, performing pieces such as Pictures at an Exhibition and On the Shoulders of Giants.

Mr. Lynch is going into his third year of teaching and is excited for his first year as a Sierra Verde Viper! 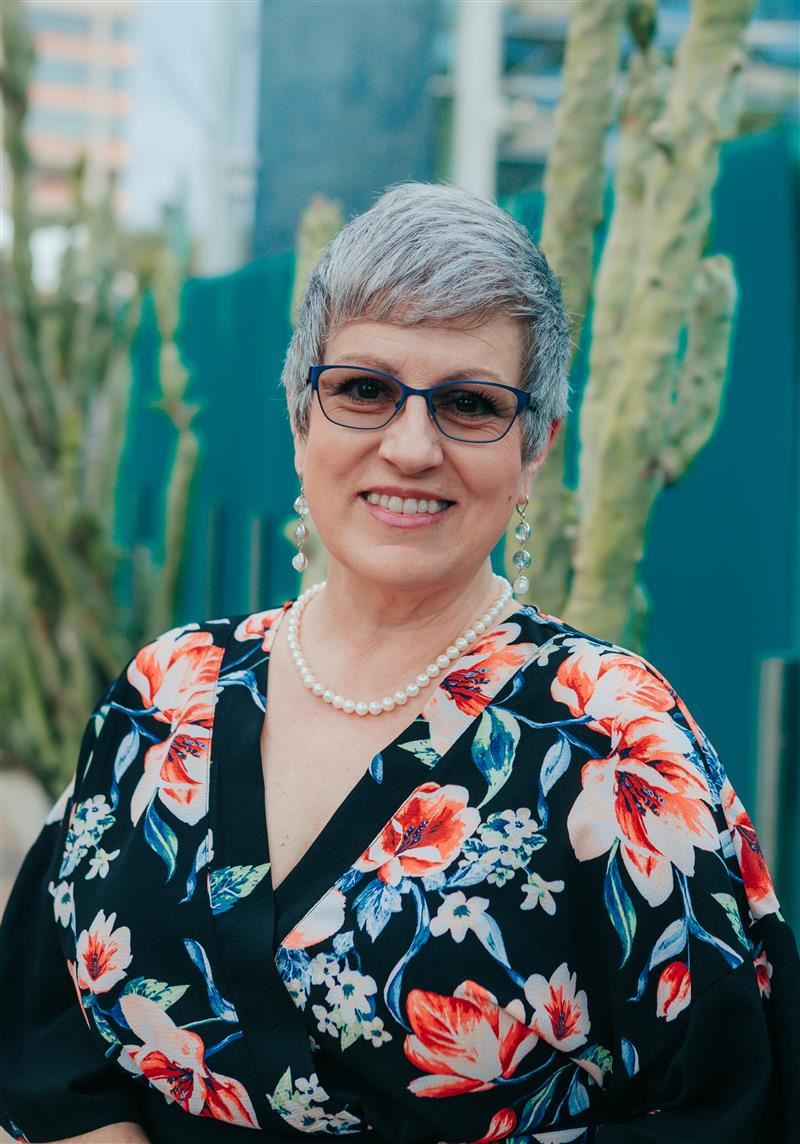 Although Mrs. Simmons is new to the faculty of Sierra Verde, she feels as though she is returning to a very familiar place.  Her daughter, Elizabeth, attended here from fourth through eighth grade, and promoted in 2015.  The music program at Sierra Verde was an essential part of Elizabeth’s education and Mrs. Simmons is thrilled to join a program that has seen so much success.

Mrs. Simmons holds the degree of Master of Education in Elementary Education from Arizona State University, and a bachelor’s degree from Grand Canyon College in Vocal Performance.  She is certified to teach both elementary and secondary levels and possesses endorsements to instruct students in K-12 Music, K-12 Reading and secondary English.  Over her eighteen-year teaching career she has held positions that include K- 6 General Music, 3-8 Chorus, 4-8 Instrumental Music, 7-8 Academic Interventionist and K-6 Literacy Specialist.

In 2011, Mrs. Simmons began her tenure as a professional singer in the Senior and Chamber Choirs of All Saints’ Episcopal Church.  During this time, Lori also performed on tours as a soloist and choir member that included dates in Montreal and Quebec City, Canada, Leipzig and Berlin Germany, Prague, Czech Republic, and Krakow, Poland.  Most recently, she travelled with Elizabeth and her husband Earl to Ely, Cambridgeshire, England where the three sang as a part of a week long choral residency in Ely Cathedral, a sacred space that dates back to 1083.

When not teaching or singing, Lori enjoys photography, sailing, the beach, sea otters and travel.

Kimberly Lancaster joins Sierra Verde with a B.A. in Psychology with emphasis in Special Education, Rehabilitation, and School Psychology. She also has her Master’s in Special Education, Cross Categorical. Before working as a Special Education Teacher, Kimberly spent over 15 years developing the State’s behavioral health system for children and their families. She was even presented a Community Service Award for her professional partnership as an advocate for children and their families. Kimberly’s priority is supporting youth in identifying their strengths to reach their greatest potential!

Outside of the classroom, Kimberly’s focus is spending time with her husband and two boys. They all love to be outside fishing, hiking, swimming, and wakeboarding! 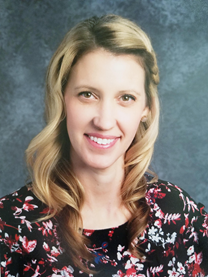 Hello fabulous Sierra Verde family! My name is Christina Kennedy and I am thrilled to be returning to Sierra Verde this year as a third grade teacher. This will be my third year teaching. Last year, I taught third grade at Bellair Elementary and the year before fifth grade ELA at Arrowhead Elementary. I completed a post-baccalaureate in Elementary Education through Pima College. Before teaching, I was a paraprofessional for 3 years in both preschool and K-8. My first career was in politics in Washington, DC where I was a lobbyist on Capitol Hill for almost a decade. I got my first undergraduate degree in Child Development at Brigham Young University and earned a Master’s in Legislative Affairs (Congressional Politics) at The George Washington University in Washington, DC.

My husband, David, and I have three children at Sierra Verde, Charlotte and Samuel (twins) in 5th grade and Gideon in 2nd grade. Our family moved to Arizona from Washington, DC five years ago and we have loved every minute of it. Last year, we rescued a one year old Maltese Yorkie, Paisley. She is the heart of our family. I love yoga, running, the beach, and spending time with my family.

Thank you all for the warm and friendly welcome. I am happy to be back home.

I’m so excited to be joining the Sierra Verde Team! My name is Amber McCrite and this is my second year in the Deer Valley Unified School District as an Occupational Therapist. I am an Arizona native and grew up in the DVUSD. They call me a boomerang child. I completed my Bachelor’s in Exercise Science at Grand Canyon University- Lopes Up! While attending GCU, I was on the Dance team and met my wonderful husband, Kyle. A fun fact about us is that we are both Occupational Therapists and received our Master’s degree from Midwestern University. Becoming an Occupational Therapist has been so rewarding. I am honored to have a job I love, while making a positive impact on each student’s life. Alone we can do so little, but together we can do so much. Let’s make it a great year Vipers!

Hi there! My name is Laura Moore and this will be my 14th year teaching. I have had the pleasure to spend the last few years teaching in Deer Valley. I am excited about the opportunity to work with the Sierra Verde community! My teaching experience includes Kindergarten, First, and Second Grades.

I obtained my B.A. in Political Science from Arizona State University and went on to earn my Teaching Certification from University of Phoenix. After a few years of teaching experience, I earned my Masters in Education from Grand Canyon University with an endorsement in Reading. My other endorsements include ESL, as well as Early Childhood.

I am married to my wonderful husband Bryan, and we have 2 amazing daughters, Alexandra is 10 and Lilly is 8. As a family we love to travel, try new restaurants, go to the movies, and spend time with family and friends. In my spare time, I love to craft, try new recipes, and get lost in a good book.

I look forward to working with the Sierra Verde staff. 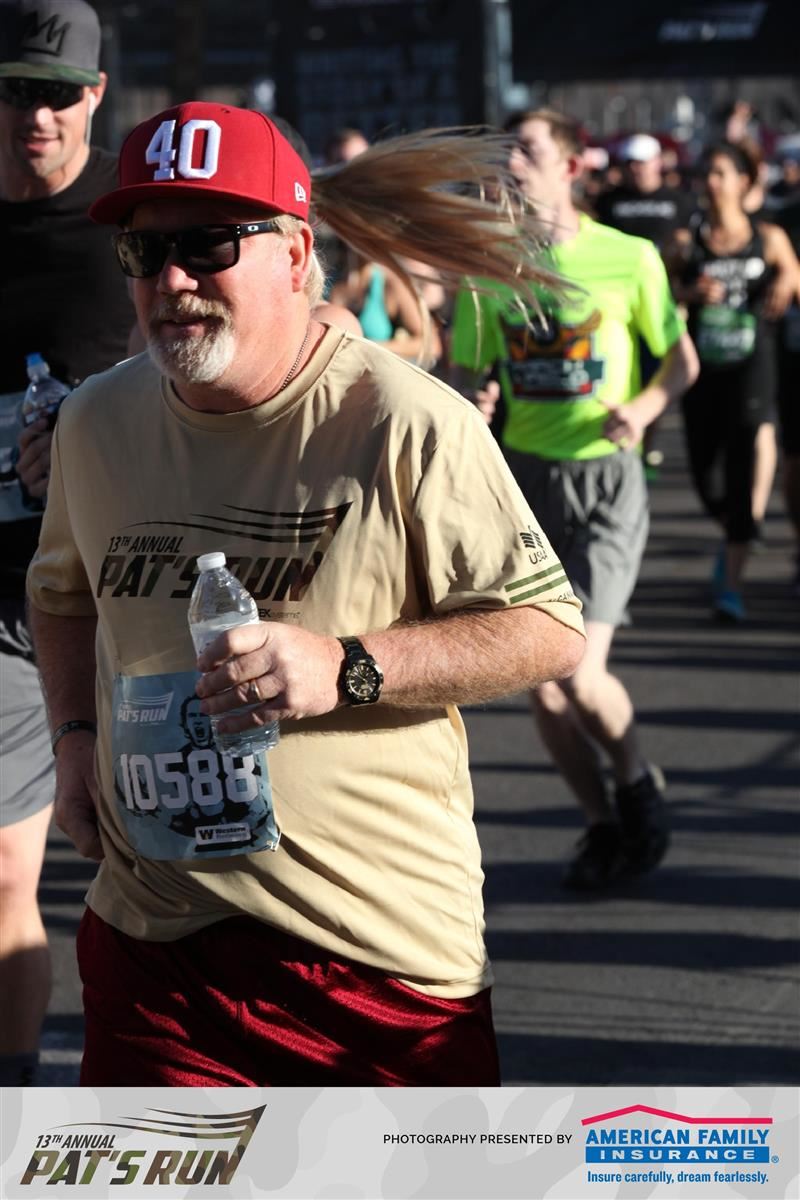 I am originally from Meridian, Mississippi. I came to Phoenix with my family as a high school student and graduated from Moon Valley HS. After that, I became a journeyman electrician and worked for a few of the major electrical companies in the valley. I was part of the team that built the Cardinals Stadium, which was great, as I am a Cardinal fan. I spent the last 13 years managing the electrical systems at Honor Health hospital where I met many great people. I started there when it was still John C. Lincoln.

I am also a fan of the late hero Pat Tillman. I run every year to honor him and raise money for the Pat Tillman foundation.

I have been married for 32 years to my wife Judy, have three daughters, Chris, Shelly and Carrie, and a little white dog, Angel.